In February, Uganda enacted arguably the harshest anti-gay legislation in the world.

The Anti-Homosexuality Bill not only makes same-sex intercourse punishable by life in prison, it also puts people in prison for not reporting homosexual activity within 24 hours. 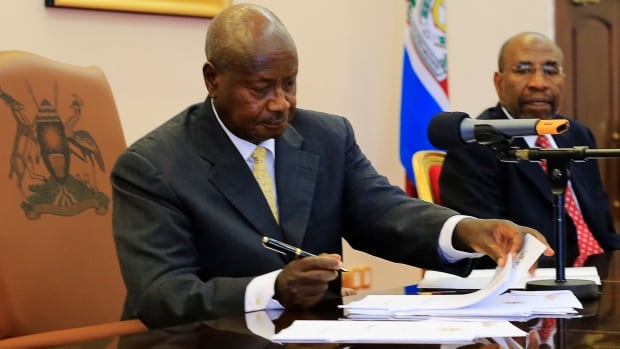 LGBT Ugandans live in constant fear of being discovered. Not only are the legal consequences harsh, but groups of gangs have been known to go through neighborhoods rounding up suspected homosexuals and beating them brutally.

Now, a group of Quakers from Washington state have put together an organization to help LGBT Ugandans leave the country and secure asylum in a number of countries around the world.

To date, the Friends New Underground Railroad (FNUR) have secured the passage of 107 LGBT Ugandans out of the country. They are currently being processed for asylum in countries all over the world.

The FNUR Quakers see themselves as carrying on the tradition of the Quakers who historically helped black slaves escape from the south to the free north and Canada. The group coordinates with local Ugandan “conductors”, who remain anonymous to hide their involvement in the highly risky operations.The conductors handle all of the logistics, and the FNUR coordinates with them to fund the journeys.

The refugees are smuggled over the Ugandan border with Kenya, and then delivered to safe houses where they stay until more permanent arrangements can be made elsewhere. None of them have ended up in Kenyan refugee camps, where anti-gay violence can be just as bad as in Uganda.

Critics of the FNUR say that the organization lacks the resources, expertise and on-the-ground knowledge to sustain the program long-term. Some people worry that FNUR is putting too much trust in their conductors. It’s not uncommon for local officials working with foreign non-profits to exaggerate costs and line their pockets with the excess. Corruption, bribery and embezzlement are all widespread problems in many African countries

The FNUR acknowledges these issues on its website, and admits that they are, “figuring it out as we go,” but they also add that all the conductors are put through a thorough vetting process to ensure their trustworthiness.

They also argue that the situation in Uganda has gotten so dangerous for many LGBT individuals that it’s better to get them out first and then work out everything else after that. A statement on their website reads,

“We absolutely support those who are deciding to stay and fight for their right to be Ugandan and queer. We understand the passion for that because it is so very important, and our concern is for those living in such pain and fear that feel they must flee to build a life for themselves. We don’t think this is the complete answer by any means, but it is part of one.”

The feature photo at the top is of an asylum seeker marching in the Gay Pride Parade in Boston, Massachusetts on June 8, 2013. He covered his head with a paper back to protect his identity. (Photo credit: Jessica Rinaldi/Reuters)