Matthew Hogg is pretty much your average 34-year-old British guy. Except for one thing: eating bread or pasta has the same effect on him that pints of lager and ale have on his friends.

Hogg suffers from a rare condition known as auto-brewery syndrome. The condition causes the body to build up high levels of yeast in the intestines. As a result, carbohydrates are rapidly fermented into ethanol (pure alcohol) during digestion. 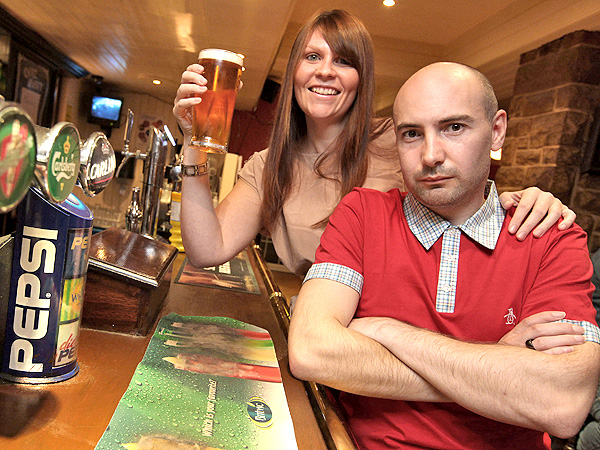 The result is that sufferers are constantly feeling varying levels of intoxication throughout the day, depending on what they eat (it’s almost impossible to completely avoid sugars and carbs all the time).

Though it may sound like a pretty sweet deal to people who enjoy getting drunk, Hogg says the reality is much more sobering (no pun intended). In a recent interview, Hogg told Vice News,

“It’s had a huge and devastating effect on my life.”

He is chronically fatigued, and often finds himself disoriented or unable to focus.

“I’m constantly reading messages from visitors to my website who suffer from the condition, saying their doctor, boss, co-workers, and even friends, family and partners, just don’t understand… People think we’re just making this condition up.”

Yeast are bacteria that are used in a number of different cooking methods. Some types of yeast are used to make bread rise while others are used for fermentation during the alcohol brewing process. The bacteria is found in all types of other foods as well, from fruits and vegetables to milk and cheeses.

Usually, the brewing yeast Saccharomyces passes through the body along with the rest of your food’s components.

However, in some rare cases, like when a person’s immune system is depleted or after a person takes antibiotics (which can wipe out the natural digestive bacteria in your gut), this yeast is allowed to build up, leading to the auto-brewing effects described above.

Hogg’s condition made it hard for him to find a job, but he wasn’t going to give in to it. So, he created his own website, The Environmental Illness Resource, to help inform people about rare conditions like his own.