Home
Everything Else
This German Soccer Star Used His $400,000 World Cup Bonus to Pay for the Surgeries of 23 Brazilian Kids

Along with the honor and legendary status of winning a World Cup for your country, the German players received bonuses for their triumph. Reportedly, the amount was 300,000 euro ($405,775.50 US).

German soccer superstar Mesut Özil decided to use his bonus to give back to the country that hosted him and his teammates for the tournament. 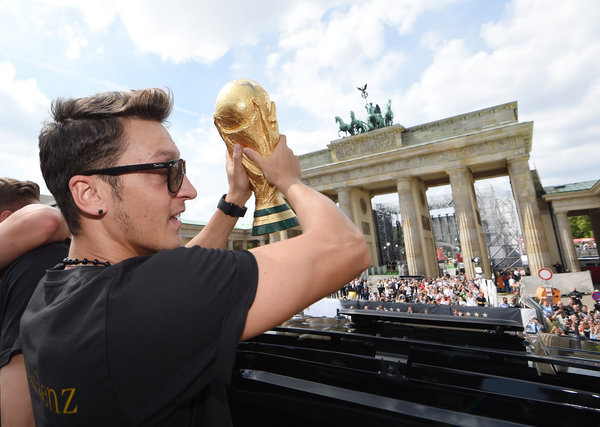 Before the tournament even started, Özil paid for the operations of 11 sick children in Brazil. After securing the title for Germany, he announced that he would adding another 12, bringing the total to 23.

Özil confirmed the reports on his official Facebook page, saying:

“Prior to the #WorldCup I supported the surgery of eleven sick children [in Brazil].

“Since the victory of the #WorldCup is not only due to eleven players but to our whole team, I will now raise the number to 23.”

A number of players have used the World Cup as an opportunity to give back. Following a captivating 2-2 draw with Germany, Sulley Muntari of Ghana took a walking tour of the poor Brazilian city of Maceio, where the Ghanaian team was based.

Muntari shook hands, signed autographs, and handed out money to the city’s poor:

Also, the Algerian national team, following their exit from the tournament (they lost to Germany too), announced that they would be donating their World Cup earnings to the Palestinians in Gaza.