Roger Shawyer is one of the most persistent and driven individuals in the world.

For years, he has been working on a new type of propulsion engine that could theoretically run forever without needing any fuel. He calls his device the EmDrive.

The engine works by bouncing around microwave radiation in a small space to produce thrust, rather than burning a propellant fuel. The microwaves are produced by solar power which is generated from panels on the outside of the engine.

When he first began proposing the idea for a quantum vacuum plasma thruster, Shawyer was laughed at. Most scientists he talked to told him the idea was ludicrous, saying that (among other issues) it defied the theory of conservation of momentum.

Only a group of Chinese scientists was willing to actually try out the idea. In 2009, they built a model of Shawyer’s engine that actually worked, producing enough thrust to power a small satellite.

Even then, many people weren’t convinced. But recently, American scientist Guido Fetta and a team at NASA Eagleworks (NASA’s experimental technologies division) recreated the engine for themselves, and found that the design actually does in fact work. In a statement about their findings, the NASA research team said:

“Test results indicate that the RF resonant cavity thruster design, which is unique as an electric propulsion device, is producing a force that is not attributable to any classical electromagnetic phenomenon and therefore is potentially demonstrating an interaction with the quantum vacuum virtual plasma.”

The whole mystery behind the engine stems from the difference between how physics operates on a large scale in our every day world, and how it operates on the microscopic, quantum level (ie. quantum physics).

When we observe molecules in their most basic form, they often don’t follow the same rules of physics that govern our visible world.

For example, if you throw a tennis ball off of a wall, you wouldn’t expect it to speed up after hitting the wall- its acceleration is totally dependent on how much force you release the ball with.

Momentum (p) is equal to Mass (m) times Velocity (v). The law of conservation of momentum says that for large objects like a tennis ball, the momentum when the ball leaves the wall must be exactly the same as when it hit the wall (minus whatever force is lost to friction). Click to enlarge

But on the quantum level, things change. Shawyer describes the principles of how the engine works here, but the wording is a bit overly scientific if you’re not an engineer, so I’ll try to break it down as best I can.

Basically, the microwave particles that the EmDrive uses can travel extremely fast (up to almost the speed of light). Because of this high velocity, the particles exert a force (albeit a very, very small one) on the reflective inner walls of the engine.

So, each reflector has a different velocity at its surface, depending on how many radiation molecules are hitting it and how fast they’re moving. Imagine someone throwing marbles at the surface of a number of drums- the drum being hit by the largest amount of fast-moving marbles is going to be vibrating the most. 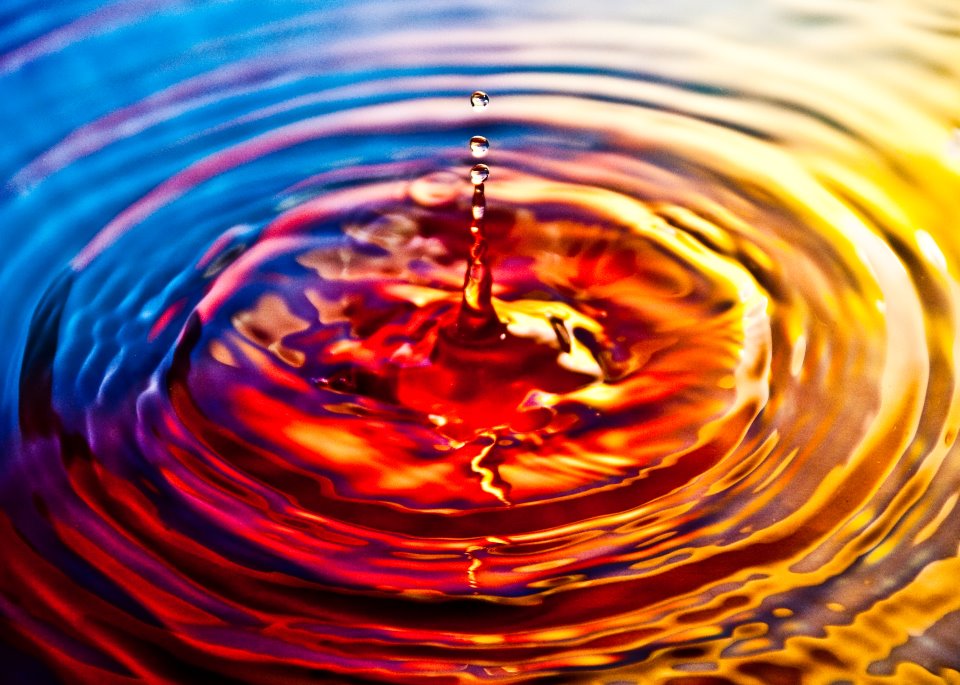 The microwaves cause vibrations on the reflectors similar to how a droplet creates ripples in the water. However, in water, this energy can dissipate outwards, whereas is the EmDrive, this energy gets stored on the surface of the reflector

The radiation molecules have virtually no mass. Because of this, their momentum can actually be increased by bouncing them from a reflector with a lower surface velocity to one with a higher surface velocity. This added momentum comes from the difference in force between the two surfaces.

By taking advantage of this principle and carefully designing the inner geometry of the thruster, Shawyer was able to create a compartment that perfectly bounced the microwave radiation between reflectors, steadily increasing its momentum until it gets released out of the end as thrust. A diagram of the thrust chamber, illustrating the concept. Click to enlarge

And since the microwaves are generated using solar panels, the engine could theoretically work forever, or at least until its hardware fails.

There still needs to be much more extensive testing to prove that the engine can be replicated and utilized on a larger scale, but the basic concept has been demonstrated twice now.

The lesson: never stop pursuing your dreams. The people who make the biggest impacts on our society are usually people who have been called crazy more than a handful of times throughout their lives.

So, to you Roger Shawyer: thanks for being a stubborn dreamer. I hope your engine plays a big role in revolutionizing this era of space exloration and discovery!