Grand Place is the central square in Belgium’s capital city of Brussels.

Every two years, the plaza in front of Grand Place is planted with nearly a million flowers, creating a massive natural carpet. 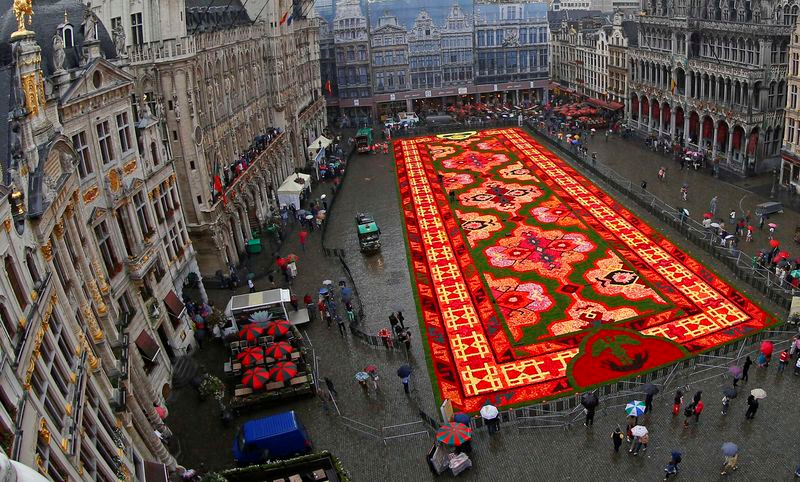 The carpet is dedicated to the 50th anniversary of the  migration of Turkish workers to Belgium in 1964. That year, Belgium and Turkey approved an agreement allowing Turks to emigrate to Belgium as “guest workers”.

Today, nearly a quarter of a million Turks live in Belgium, and their culture has had a major effect on Belgian culture over the past 50 years.

The designers of this year’s carpet decided to celebrate their culture by modeling the carpet after the patterns found on traditional Turkish rugs, known as Kilims.

However, the flowers themselves are begonias in a direct nod to Belgium, who has been cultivating and exporting these flowers since they were brought over from the West Indies in the 1860s.

A closer picture shows the stunning detail of the carpet. Click to enlarge

Carpets from previous years have celebrated other traditions, including African and Oriental cultures among others.

Check out some of the most amazing flower carpets from past years in the pictures below. Click an image to enlarge: