This morning, I woke up around 7:30, threw some clothes on and headed towards the University of Texas campus.

On my way to class I had to battle an insane swarm of cars, pedestrians and bikers, as well as a ten-minute walk through the Texas heat from my car to class.

I was feeling sorry myself, lamenting about my terrible commute, when I stumbled upon something that immediately put the luxury of my educational experiences into perspective…

You see, here in the U.S. we look at education almost as a chore- something we have to do when we’re young if we want to have any chance of being successful as adults. In reality, access to education is arguably the single most valuable gift that a person can be given.

What most people don’t realize is that education, especially free public education, is not something widely available around the world.

Don’t take it from me, though. Take it from the kids who battle insane challenges and dangers on a regular basis for a chance at a basic education:

Children in Gulu, China spend five hours walking along a one-foot wide path through the mountains to get to school. 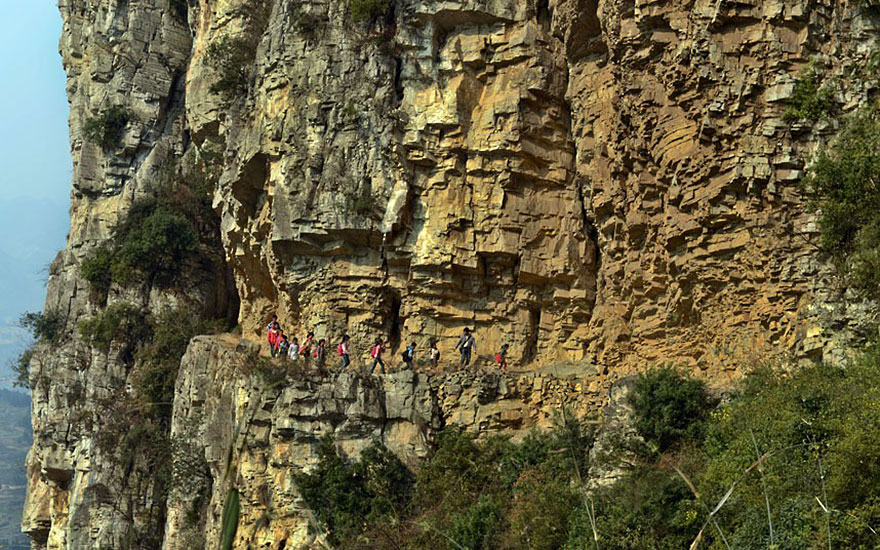 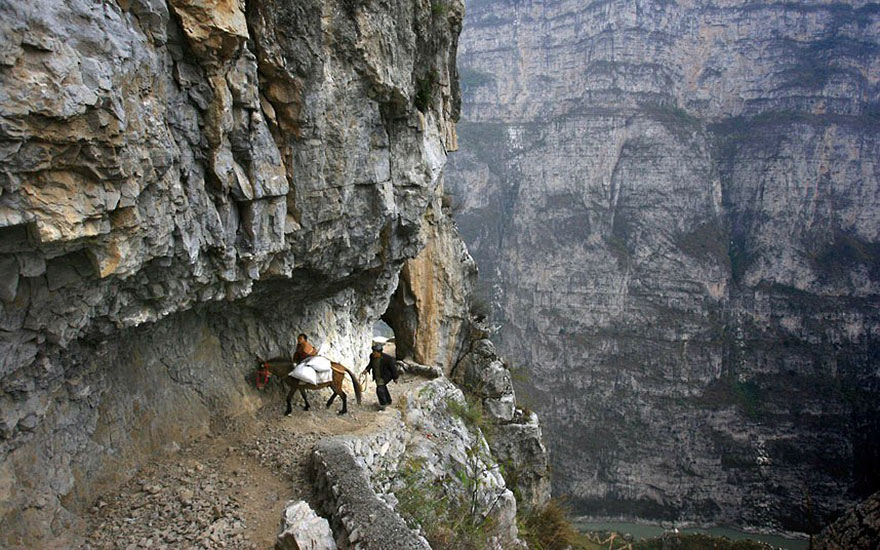 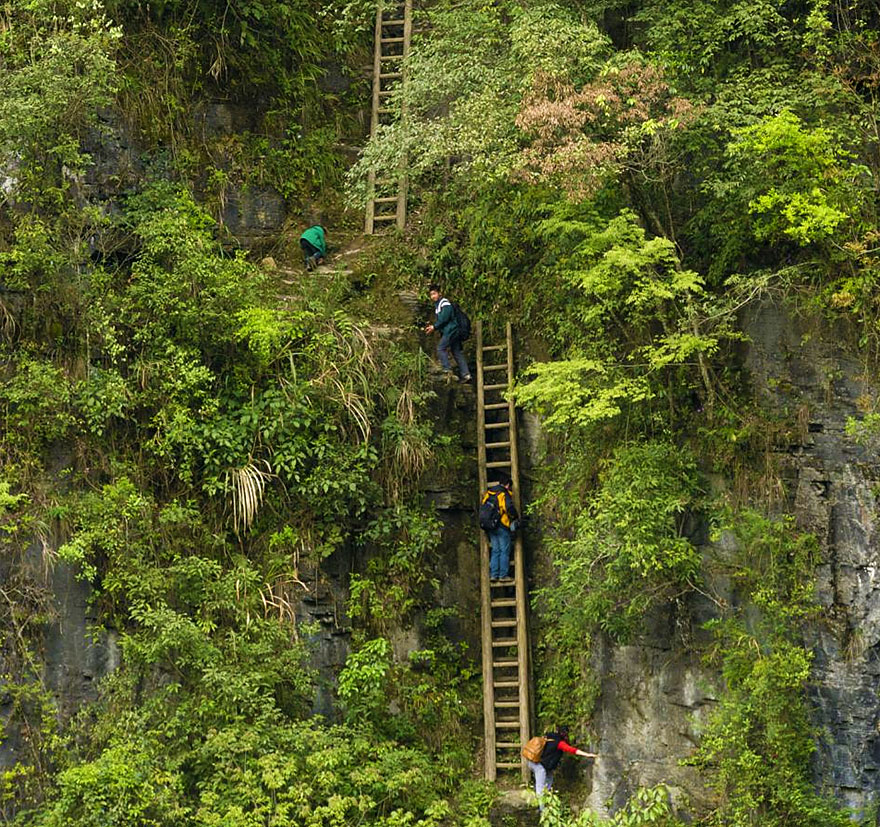 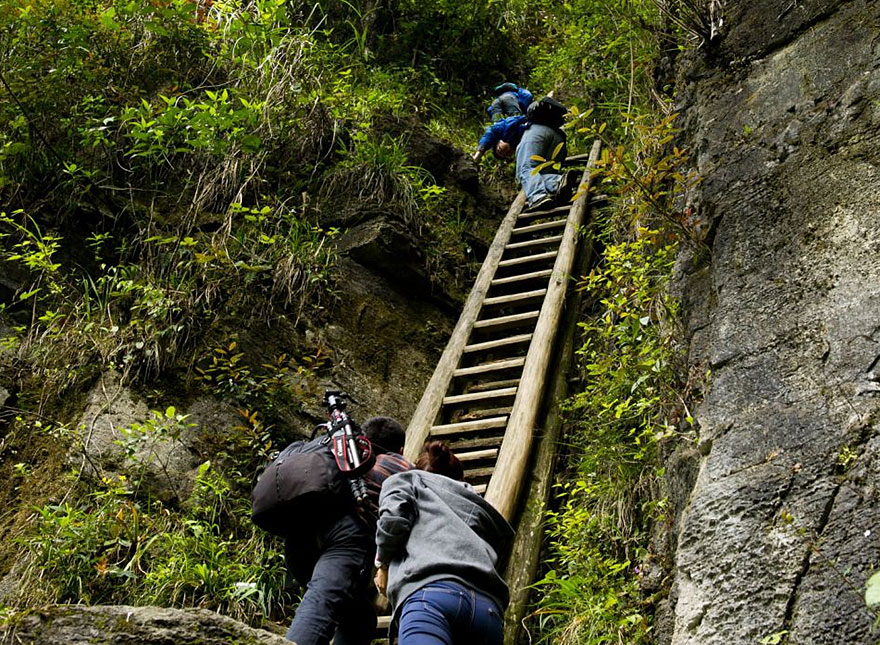 These children from Zanskar (in the Indian Himalayas) have to battle ice and freezing temperatures as they trek through the mountains on their way to boarding school. 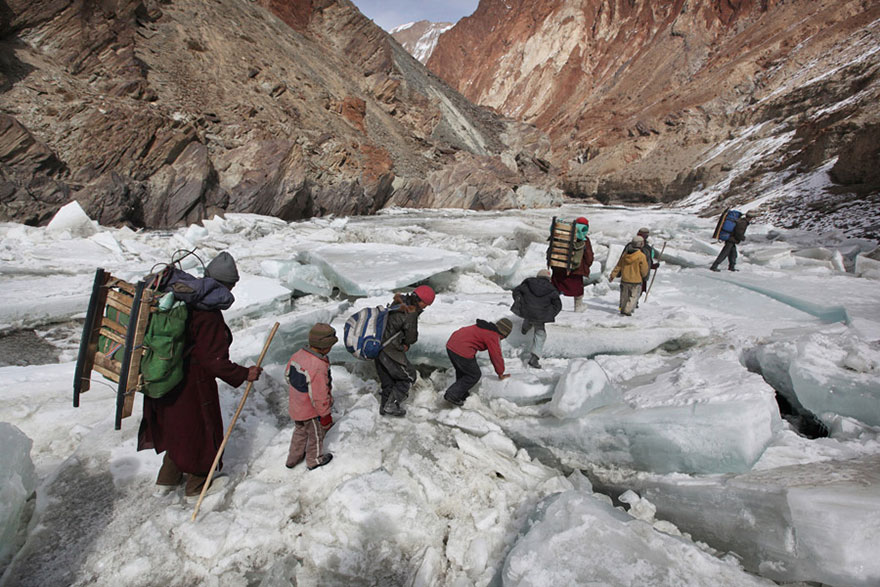 When part of the main suspension bridge in Lebak, Indonesia gave out, the kids there didn’t stop going to school. They simply figured out a way to cross the damaged bridge. 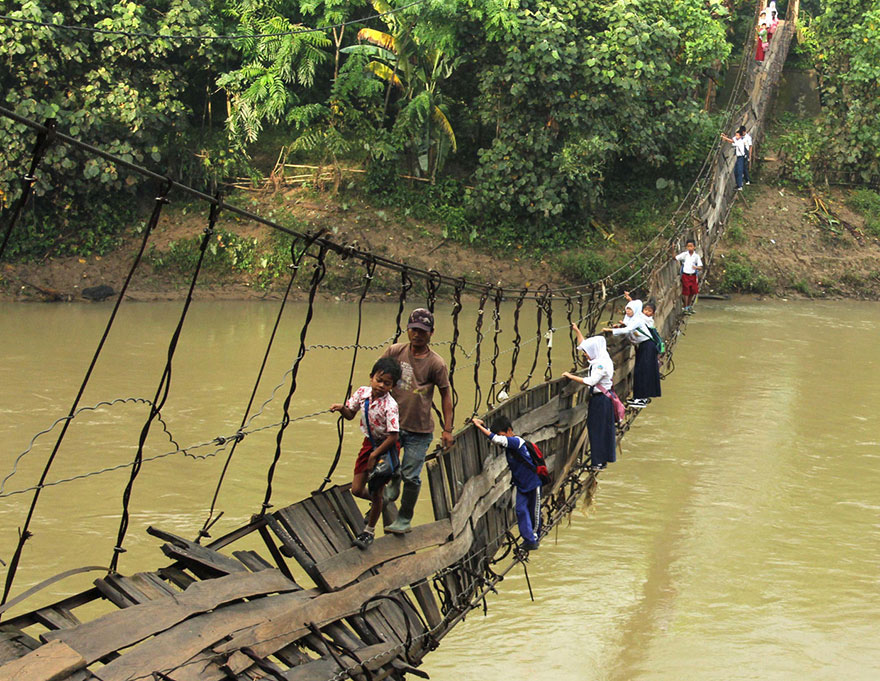 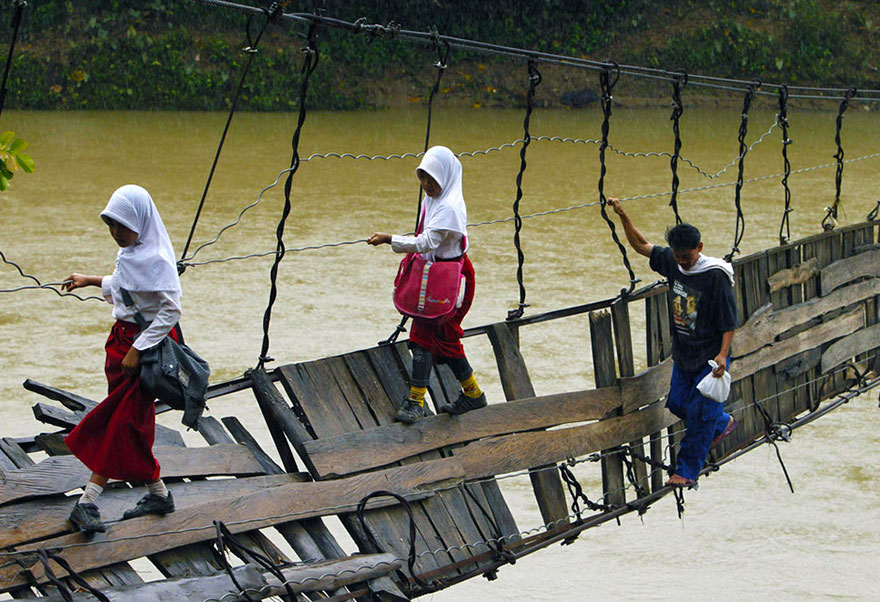 In one part of Colombia, kids use an 800 meter steel cable (suspended 400 meters above the ground) to cross the Rio Negro River on their way to school. 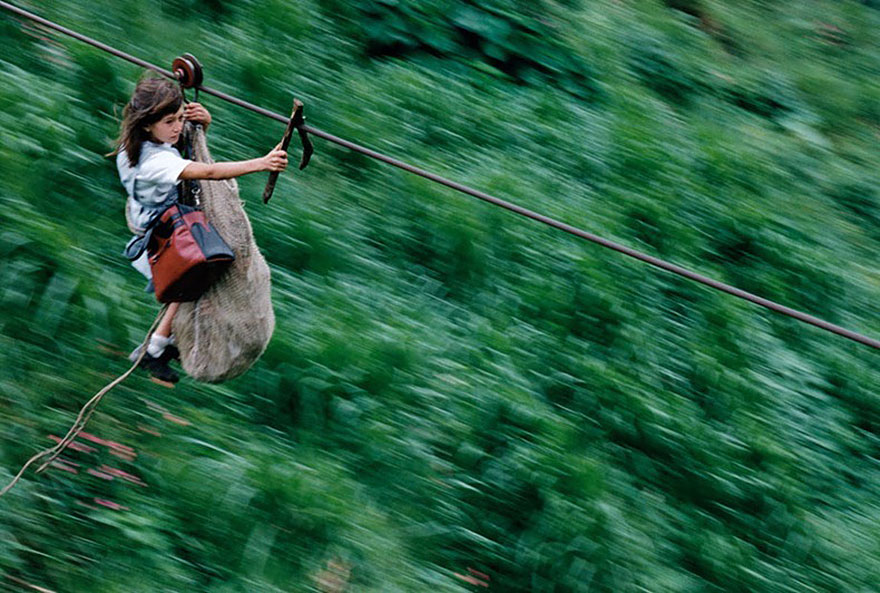 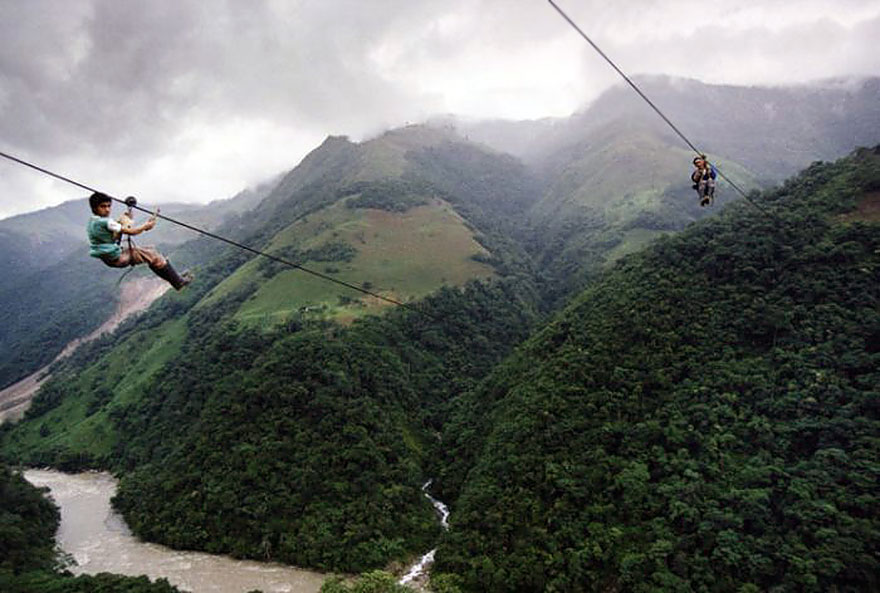 Pupils stand on the roof a wooden boat on their way to school in Pangururan, Indonesia. 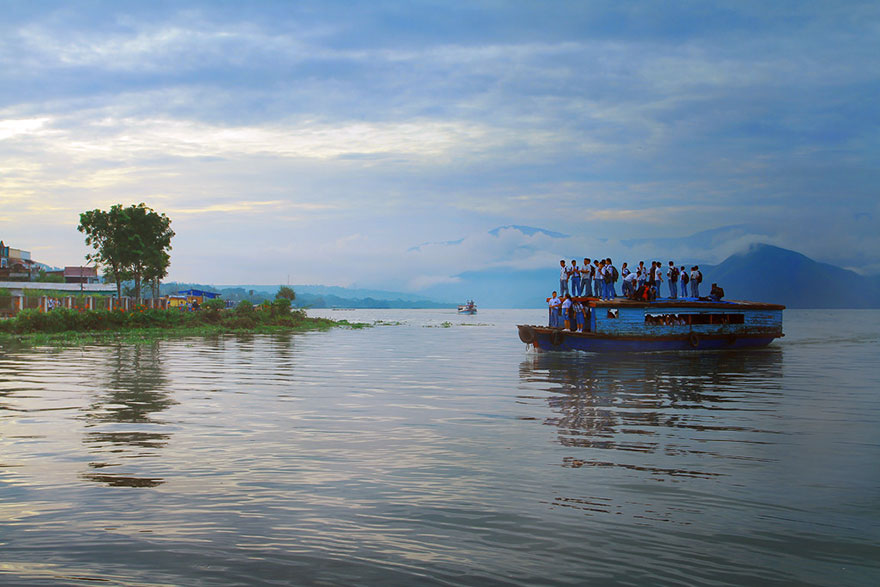 Schoolgirls use a plank to cross a gap in the wall of the 16th-century Galle Fort in Sri Lanka. 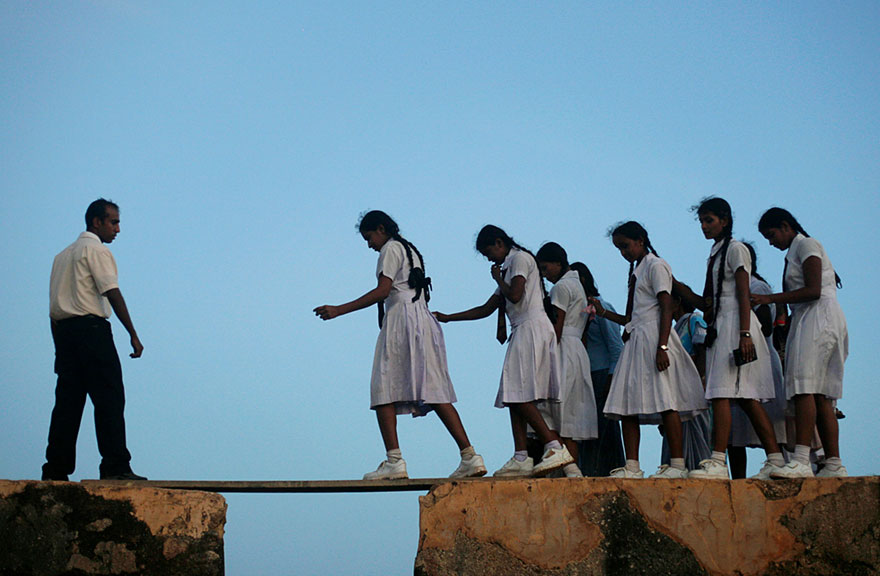 Students from the Cilangkap Village in Indonesia use a makeshift bamboo raft to cross the Ciherang River on their way to school. 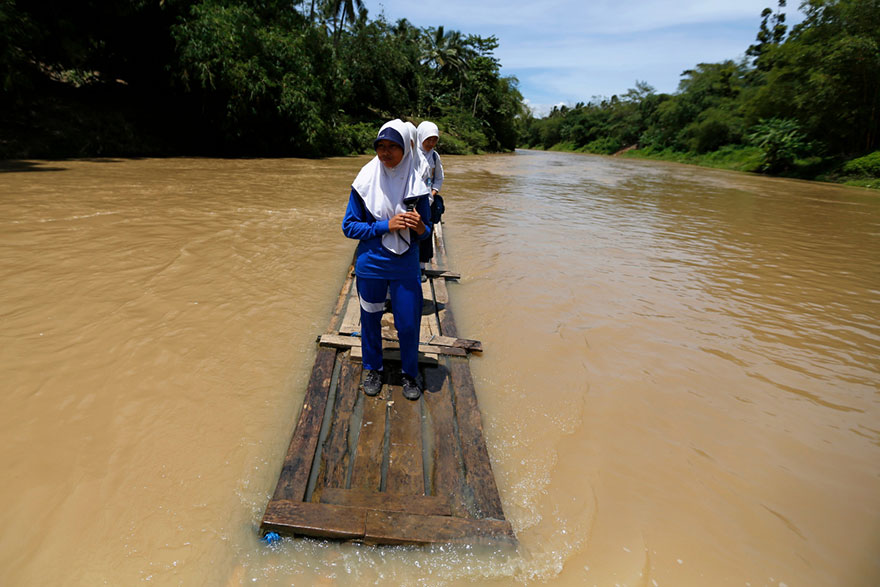 Students in Padang, Sumatra (Indonesia) use a tight rope to cross 30 feet above a river on their walk to school. 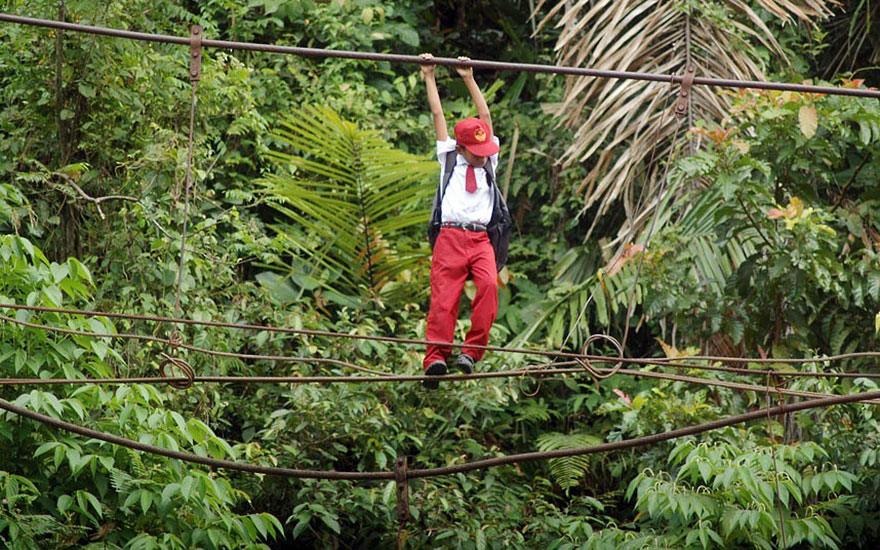 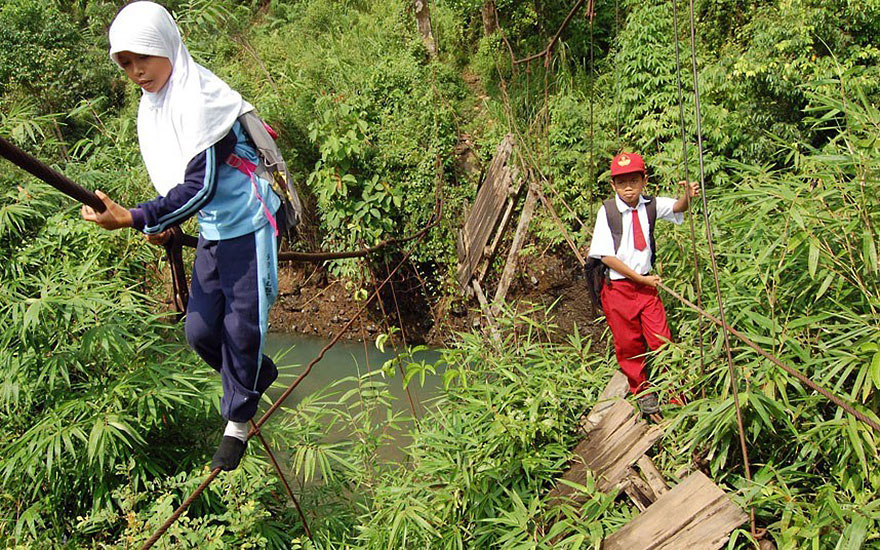 Elementary students from the Rizal Province in the Philippines use an inflated tire tube to cross a river that separates them from their school. 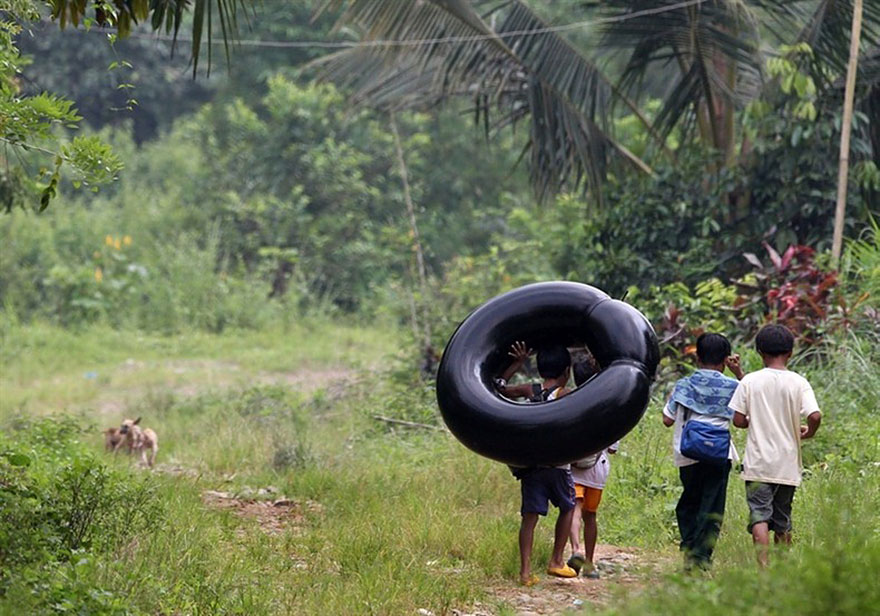 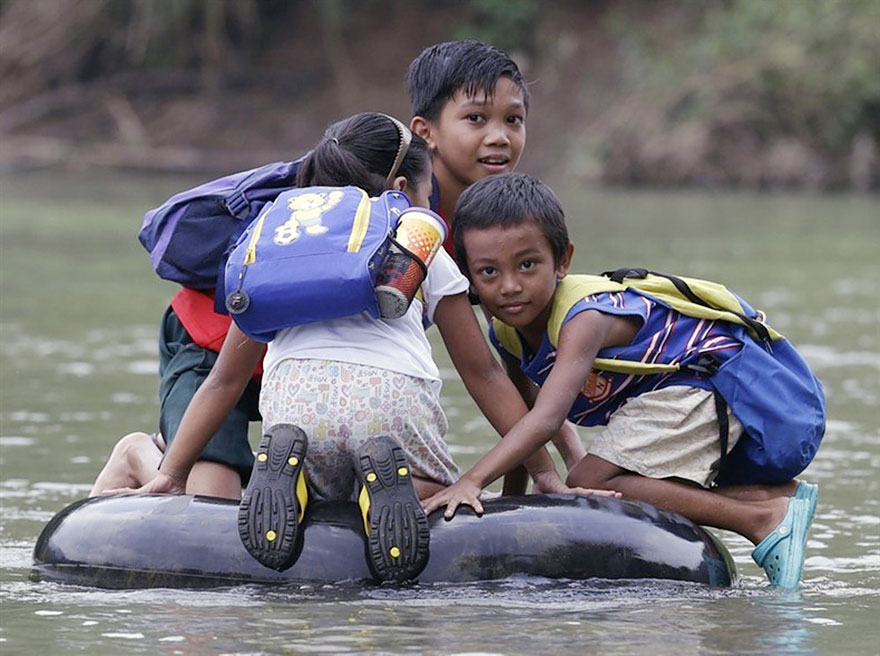 You can check out more insane journeys to school from Bored Panda here.