Ali Hussein Kadhim is an Iraqi soldier and a Shiite Muslim. Back in June, he was captured (along with hundreds of other Iraqi military recruits) by the Sunni jihadist group ISIS.

After taking the captives to Saddam Hussein’s old complex in Tikrit, the militants separated the soldiers: Sunnis were given an opportunity to repent for their service to the Iraqi government while all the Shiites were lined up in groups and marked for death. Kadhim was 4th in the execution line.

But as Kadhim heard the bullets begin to fly around him, he had a sudden urge to live. Out of hundreds of soldiers massacred that day, he was the lone survivor. Check out the video below to hear his incredible story:

Khadim, who is only 23, has since re-united with his family in southern Iraq. He recounted the story to The New York Times while taking a break form harvesting dates in his uncles orchard.

He has a baby son and infant daughter. He says he thought of them right before the massacre began, and they helped motivate him to stay alive. 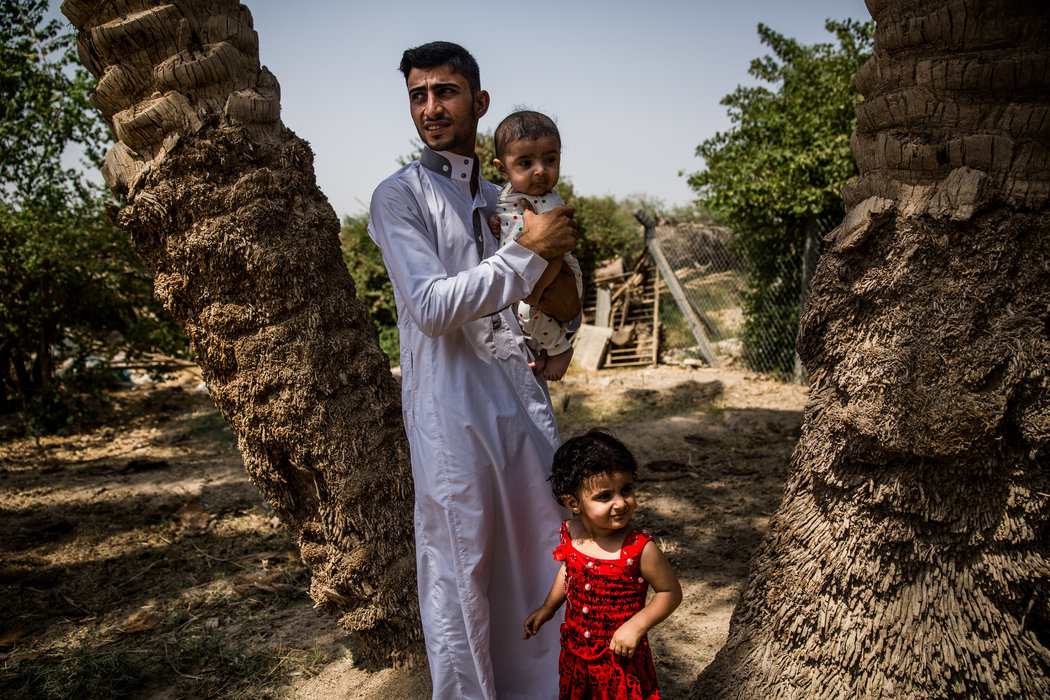 Khadim back at home with his two children. (Photo: Bryan Denton/New York Times)

Read the full story from The New York Times here.